We base ourselves right on the Kazinga channel for our days at Queen EIizabeth NP. So we can easily take in the different parts of this stretched out national park. We go in search of lions and found elephants, buffaloes, all kinds of antelope and tons of birds. A boat ride on the channel really brings us up close with elephants coming down to the water to cool off and play. A visit to Katwe’s salt lake mine with a local guide provides an extra dimension.

Wildlife viewing in the northern sections of QENP

We are lucky to get a safari tent on the banks of the Kazengi channel. Every night we come back to the sun setting across the channel, behind the Rwenzori mountains. Birds perch on a branch right there. At sunset we walk towards the dinner tent where tables have been set outside. It feels quite luxury. At least until that moment a hippo surprises us all trying to make it back into the river, gets spooked and runs off between the tables. Oops.

In the morning we head to the northeast of Queen Elizabeth National Park, although first we need to pay our entry fees at the park head quarters south of the bridge. The plains are impressive but animal sightings few and far between, except for kob maybe. Huge bull elephants roam this part of the national park and we come across two or three. Trying to track down a leopard others have seen, we almost get stuck on the muddy tracks crisscrossing the grasslands. In the end, we find our way back to the main tracks following another car of Roadtrip Africa with a more experienced driver.

Next morning we try again, this time as early as possible, to find lions on the Kasenyi plains. The early morning light on the Kasenyi plains is beautiful. Flocks of kob antelopes inhabit the grasslands. Although we’re hoping to find those who prey on them, it is again mostly kob we find. And buffaloes, lots of buffaloes.

The buffaloes of QENP may look like big cows and a bit dull, but when they are together and feel threatened, they are fearsome and will take on lions! These ‘cows’ are part of the Big 5 for a reason! If you go on safari, you may drive past them in a hurry, looking for big cats, but it is really worth it to stay put for a while, check them out and work on your staring contest skills.

The northwestern section of the park near the channel is mostly tracks running parallel to the water with a few side tracks. We find bigger antelopes here, but the bushes are so dense it is difficult to spot much wildlife. Now and then, a beautiful view of the channel opens up. With a bit more patience we could have found elephant herds crossing our path on their way to the water.

After a morning of game driving, we get ourselves up to the Mweya peninsulafor a trip down the channel. We first try the Uganda Wildlife Authority but the boat times don’t fit at that moment. The luxury Mweya lodge at the end of Kazinga channel has a boat leaving soon, so we organise a boat trip for the afternoon on the spot. We get our ticket, they phone down to the boat and we drive back to the pier at the start of the peninsula. Wildlife converges on the water edge in the afternoon heat to cool off. So, unlike game drives, mid afternoon is just the right time for a boat ride. In several spots huge flocks of birds happily share the shallows with buffaloes, and even elephants.

We see hippo pods everywhere in the water. You’ll practically never see hippos on their own. They prefer to be as close together as they can. Except when there are male babies. The mother will leave the group because big male bullies can see them as competition. This one seems to enjoy his adventure though! Hippo babies rarely get out of the water so we are lucky to catch this sight.

While we drift along the channel, elephants start coming towards the water. First we see a small group of three coming down to the shade of a tree. As we stare at them, some people see movement in the distance. A large herd of male bachelor elephants has come down to the water almost at the end of the channel. A small male elephant is making himself big while playing, mock-fighting, with his companions. He shakes his ears at them and makes quite the show. But there are more. Big bull elpehants are having a meeting, rub their sides on the mud banks and ignore the fact that there is a fishing village right there.

We had been driving fruitlessly around the Kasenyi plains in search of big cats for two mornings. Turned out we had to get to the Ishasha sector of Queen Elizabeth NP to find lions. And not just any lions! It is 1,5 hour drive down from the Bush Lodge, but within ten minutes from the Ishasha gate, there they are: in a huge fig tree. This family of five are some of the famous tree-climbing lions of Uganda. ⁠ ⁠

There are only a few groups of lions in all of Africa that climb trees; there are some in Tanzania and then the lions here. And they’re not up there just for a lookout. They really lounge in those trees in the heat of the day. The story is that it is behaviour these groups learned somewhere along the way and have passed along to the youngsters generation upon generation.

Queen Elizabeth National Park is very different from Murchison Falls national park. There are quite a few villages inside and at the border of the park so wildlife and village life are never far apart. From our camp we can almost see (and occasionally hear heavy traffic cross) the bridge over the Kazinga Channel.

Around the bridge, Katunguru Village has a few shops and a petrol station. More interesting is to see Kazinga village, south of Mweya Peninsula, right across the water. Fisermen are tending to their boats while elephants roam between the channel’s water and the village, high on the embankment.

A third village near the park, or actually enclosed by the national park is Katwe village. The vilage is largely dependendent on mining salt from Katwe Lake and they import their food mostly from Congo. When we are there, ebola is raging on the Congolese side of the border and people tell us that they are scared. Nearby a family coming across the border when we are here are diagnosed with ebola and markets get shut down. We will not linger long in the region.

As a surprising extra, the northern part of the national park has a separate drive along old volcanic craters and crater lakes. Along narrow tracks you can drive on the crater’s rim. Katwe Lake is part of a whole series of crater lakes you can drive along in northern QENP, each with its own character but no other is a salt lake like this.

Katwe salt lake is a confronting but interesting visit bordering Queen Elizabeth national park. The salt ponds at the lake’s border, separated by mud barriers held together by sticks, are owned and mined by local families. Salt is traded regionally and across the Congo border.

We visit the lake with a community guide who finds us when we drive up to the gate – we could sls heve picked him up in Katwe village. Men and women mine salt from the lake in poor working conditions. We have a chat and shared a Coca Cola and a bottle of water, highly appreciated. 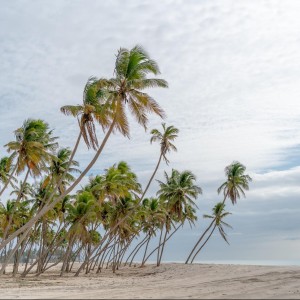 Terug naar boven
We use cookies on our website to give you the most relevant experience by remembering your preferences and repeat visits. By clicking “Accept All”, you consent to the use of ALL the cookies. However, you may visit "Cookie Settings" to provide a controlled consent.
Cookie SettingsAccept All
Manage consent

This website uses cookies to improve your experience while you navigate through the website. Out of these, the cookies that are categorized as necessary are stored on your browser as they are essential for the working of basic functionalities of the website. We also use third-party cookies that help us analyze and understand how you use this website. These cookies will be stored in your browser only with your consent. You also have the option to opt-out of these cookies. But opting out of some of these cookies may affect your browsing experience.
Necessary Altijd ingeschakeld
Necessary cookies are absolutely essential for the website to function properly. These cookies ensure basic functionalities and security features of the website, anonymously.
Functional
Functional cookies help to perform certain functionalities like sharing the content of the website on social media platforms, collect feedbacks, and other third-party features.
Performance
Performance cookies are used to understand and analyze the key performance indexes of the website which helps in delivering a better user experience for the visitors.
Analytics
Analytical cookies are used to understand how visitors interact with the website. These cookies help provide information on metrics the number of visitors, bounce rate, traffic source, etc.
Advertisement
Advertisement cookies are used to provide visitors with relevant ads and marketing campaigns. These cookies track visitors across websites and collect information to provide customized ads.
Others
Other uncategorized cookies are those that are being analyzed and have not been classified into a category as yet.
OPSLAAN & ACCEPTEREN